Bringing a Message to Life Through Animation…

In this blog, our Senior Motion Graphics Designer Ed talks through the process of creating an animation using one of our latest internal projects.

The Top Banana marketing team wanted to launch a new venue sourcing tool, The Hive, in a visual way for a social media campaign.  The task for our creative team was to share this message in a dynamic way that would capture an audience, but still explain the simple and effective process of how our venue team use The Hive platform. It was decided that an animation would be most effective; and our motion graphic designer Ed was the man for the job.

On these types of projects, our creative and motion graphic design teams work collaboratively to really bring the message to life. Ed is able to distinguish what can be made possible through animation whilst Dave, our Art Director, can come up with innovate concepts and design ideas to add to the overall look and feel of the films.

Together, their conclusion was to be literal – use the hive and cast our main role to a bee, named Betty, who would go on a journey to deliver the message to the audience.

To share the full benefits and functionality of the platform, a story board was produced. Betty’s journey was plotted through 20 frames that would later be animated and produced into our ‘teaser trailer’ film; the first in a series of animations that would tell the story of The Hive. 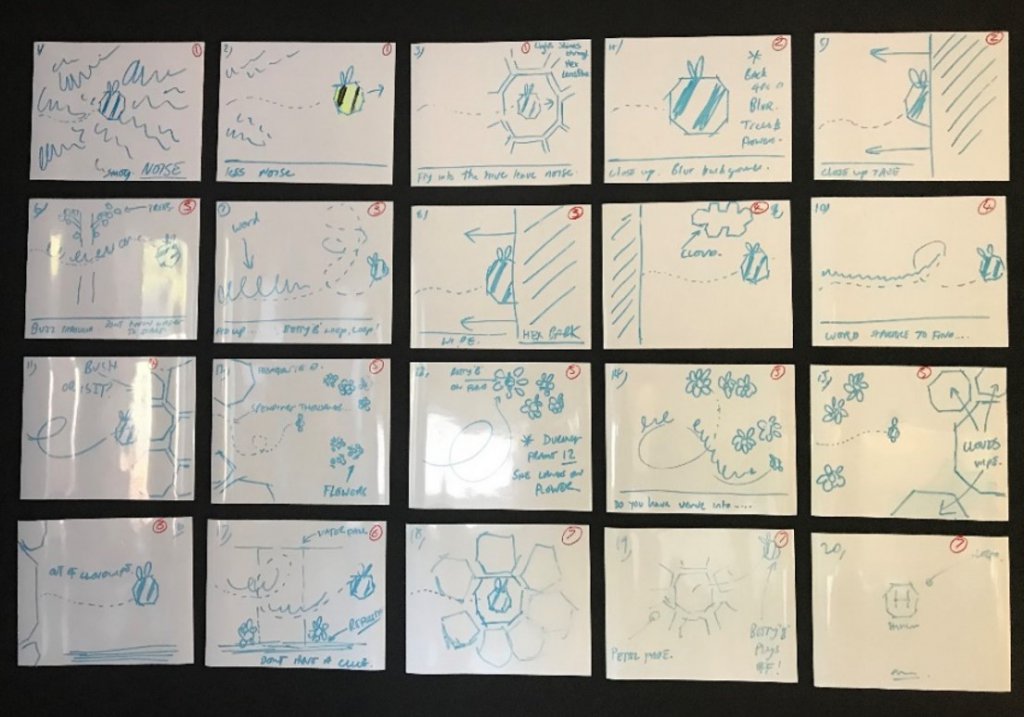 Inspiration on how Betty and the film would look came from various movies, Ed our Animation Designer explains…

‘When designing the beginning of the film, we wanted an angry and frustrated feeling to come across to display the sometimes-stressful process of venue finding. I immediately thought of Scott Pilgrim vs the World and the opening scene where sound ‘rumbles’ around the cast. Using similar techniques to this, the distressed feeling came through really well at the start of our animation …’ 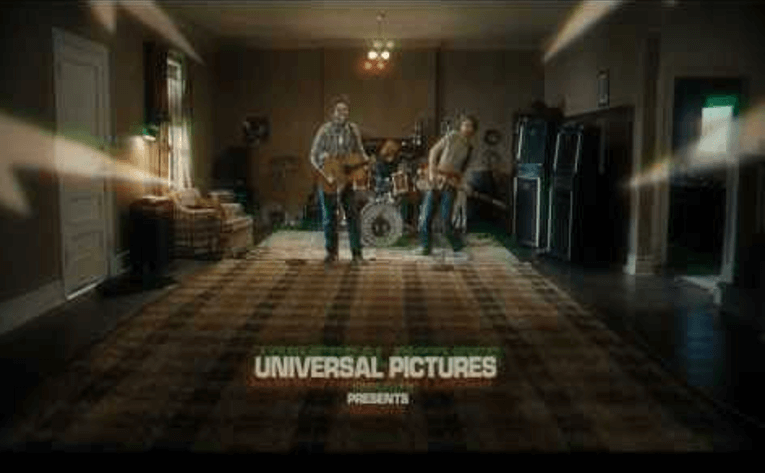 ‘The inspiration for our main character, Betty Bee, actually came from Dave and when he watched the Leonardo Di Caprio Film ‘Catch Me if you Can’. The start for that is a textured animation that’s motion sensitive and he said it’s something he’s always remembered’.

After deciding that Betty would be animated using this technique, a creative session with Dave and Ed was put into place where anything from polystyrene to a scouring pad was used to generate painted texture, that could be layered and move as the body and wings of Betty Bee.

Ed explained that ‘the key is to layer photos on top of photos so that the texture moves along with her as she flies, so it’s always dynamic. We also used this technique for the trees and other background images, so it constantly felt three dimensional. It took a lot of time to re-print and layer the images but it’s worth it for the textured finish it gives the animation’.

Another key feature was the decision to make the film themed around hexagonal shapes ‘we needed something different that could carry though to follow on films, the hexagon worked in representing a physical ‘bee hive’ and also worked as a shape for Betty, her wings, and other features in the film. It gave everything personality and is the key feature for Betty’s world, the world of The Hive’.

Watch this space for the final edit of our teaser trailer… Soon to follow will be the next film instalments, where we’ll see Betty go into The Hive and discover the world of Top Banana Venue Sourcing…